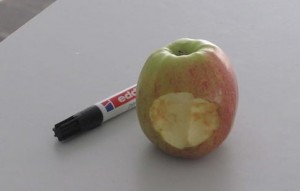 The first German Friendship is Magic convention, GalaCon, held a charity auction on the second day, the proceeds of which, 100% of them, went to our Seeds of Kindness fundraiser. To the shock and utter amazement of probably all involved, the auction generated more funds than the charity auction at BronyCon, despite its one order of magnitude more attendees. Here an excerpt from my report for Derpy Hooves News.

The Sunday was first and foremost the day of our charity auction. As a member of Bronies for Good and board member of Your Siblings, I already expected the auction to become the single most momentous event for me at the Gala. Little did I know. After a hastened meal I hastened downstairs and was promptly greeted by Perry who asked me if I could join her on stage to introduce Bronies for Good, Your Siblings, the Seeds of Kindness fundraiser, and the project that was to receive the donations. Though I was reasonably confident in my knowledge of the topic and of the English language, stages, microphones, and speaking were among the things I habitually shunned.

My intro went well enough and it was time for Perry with her silver tongue to take over.

As activist in the area of charity work you are too often confronted with people who either don’t help at all, or for who their support is only a means to better their public image or that of a group they represent. I can’t find fault with enjoying those perks at times, but centrally your motivation should always be born of your love for those you help. Of that love I have felt plenty that afternoon—so overwhelmingly even that I almost cried several times:

A Flim cosplayer donating his hat, praising its value, and then buying it right back; friends pooling their money and driving the auction into vertiginous heights; someone winning a Canni figurine and donating it back; Perry bowing to public demand and spontaneously donating her beloved hat (signed of course) to vie with Weatherhoof’s; and one person repeatedly winning items for friends who couldn’t keep up with the bidding and directly gifting them to them. In total, the auction generated €8145 (about $10,060) for the expansion of the orphanage in Uganda. On behalf of the project, I extend my warmest thanks to these people, to everyone who participated in the auction, to all those who donated in kind, and of course to the organizers!

Update: One of the bidders at the auction has yet to pay a final installment of €600 as of 2014-07-11. Not counting this outstanding payment, the auction netted €7545. Legends of Equestria graciously donated another €274 at the con.