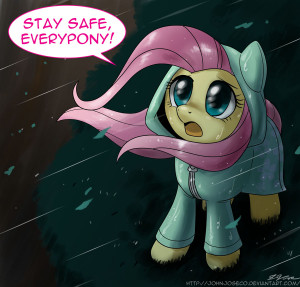 Super Typhoon Haiyan, one of the most powerful typhoons ever recorded, has left a terrible trail of destruction across the Central Philippines. The provincial capital of Leyte, Tacloban, was almost completely devastated with estimated fatalities reaching well over 10,000 individuals. Needless to say, the destruction alone has left thousands without access to even the basic necessities of food, shelter, medicine, and clean drinking water.

As part of the general disaster relief efforts responding to the aftermath of Typhoon Haiyan, Bronies for Good and the Brony Thank You Fund have teamed up to raise funds for Habitat for Humanity’s Disaster Response Fund. Monies from this fund will go to the provisioning of emergency shelter kits to victims requiring immediate short-term shelter and long term reconstruction efforts.

To participate, head on over to the Brony Thank You Fund’s eBay Giving Works page to donate directly to the fund, or to donate or bid on items that will have varying portions of proceeds allocated for disaster relief. All collected donations will be sent as an aggregate via the BTYF to Habitat for Humanity’s Disaster Response Fund. Further ways to lend support to other first response organizations can be found here.