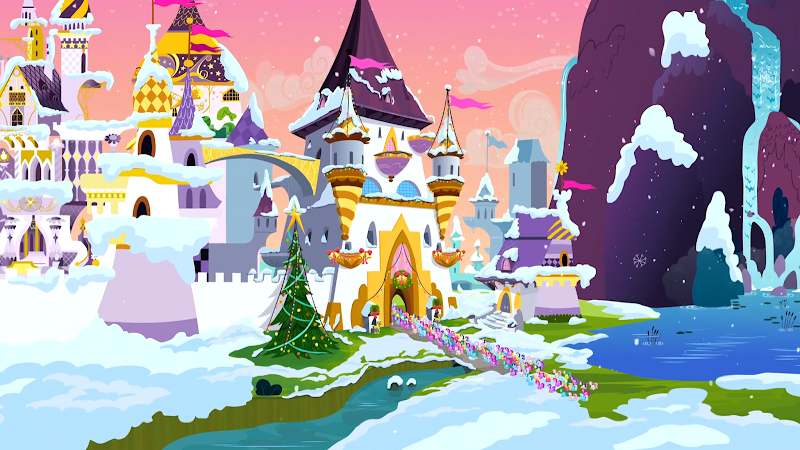 Buck tradition! Well, apart from the tradition that every year at Christmas it is time to release another piece of the A Princess Carol project—all for one of only four top effective charities of the world: the Against Malaria Foundation.

After the release of “What Land is This” by MEMJ0123, Scraticus, and Luxumbra in 2012, and the release of the full A Princess Carol audio play in 2013, we are now honored to be allowed to announce to the fandom that the album of all carols from the audio play (including alternative versions) is about to be released!

If you read this before the release, then feel free to donate now and download the album right away as it becomes available!

This album will be released as an extra thank you to our donors on top of the Seeds of Kindness charity album Shine Together, which we released just a few days ago. Your donation will make you eligible for both of these terpsichorean marvels as well as all our past charity albums!

A Princess Carol. A pony take on an old Christmas classic with multiple carols, penned by the talented John Perry, inspired by Charles Dickens’ A Christmas Carol, and featuring the voices of Hannah as Luna, MEMJ0123 as Celestia and Spike, Meredith Sims as Twilight, ProjectSNT as Pinkie Pie, Michi Baka as Rainbow Dash and Applejack, Adrienne as Fluttershy, Rev as Coltroy, Poni1Kenobi as Key Ton, Deftfunk as the town crier, Mochi as Mayor Mayor and Zecora, Sleepypony as narrator, and Music by Luxumbra. Join us as we travel on a journey with Princess Luna: Will she see the true meaning of Hearth’s Warming before it’s too late?

Shine Together. Shine Together is the culmination of months of effort on the part of many dedicated fandom musicians. Featuring twenty-two tracks of folk, rock, orchestral, and electronic jams recorded by charity album veterans and new blood alike, Shine Together offers over an hour of uplifting tunes.

Against Malaria Foundation. In 2013, about 600,000 people died of malaria, the equivalent of four Boeing 747 crashing every day with no survivors. On average, one person dies every minute. This has to stop.

Long-lasting insecticidal nets (LLINs) are the most cost-effective means of malaria prevention and also protect against dengue fever, yellow fever, and forms of encephalitis. The Against Malaria Foundation (AMF) funds the millions of nets needed in LLIN distributions. It stands out for its commitment to transparency and self-evaluation. AMF is one of the most provably effective charities in the world.

All donations to Seeds of Kindness go directly to AMF, who use them exclusively to buy LLINs. Donations are tax-deductible in the US, Canada, and most of Western Europe. Each donation will be publicly allocated to a specific distribution, and extensive distribution and follow-up reports will be published online.

For further motivation why you should donate and donate to AMF, here a TED talk by Peter Singer and a TEDx talk by Toby Ord, explaining effective altruism.