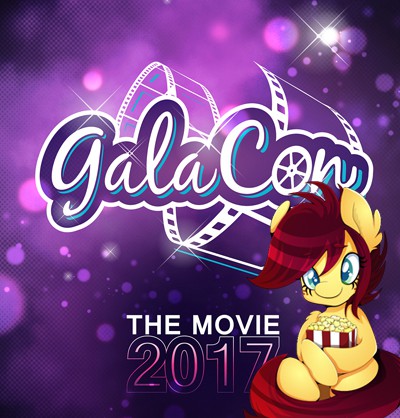 A pony’s compassion wide – the cutie map has shown us that the well-being of every feeling individual matters never mind where he or she lives. And from the first day, Fluttershy has been the symbol of compassion for all animals, ungulate or not.

Many of us have made it our goal to find those individuals that suffer the worst hardships in the world, to find the best ways to help them free themselves, and when we do, to buckle down and get it done.

Goal of the Charity Auction

GalaCon is accepting in kind donations for the charity auction!

GalaCon will again dedicate its charity auction to the Seeds of Kindness fundraiser of Bronies for Good – it will be the fifth successive year the convention has supported us. A silent auction and a super speedy Saturday sale will allow potential buyers to bid on their coveted items throughout most of the convention, and the live auction on Sunday will determine who gets the most valuable ones.

To donate in kind to the auction, please fill in this form for every item, even if you plan on bringing it to the convention rather than mailing it. Having more time to plan the auction helps us handle the items more efficiently and sell more of them. Plus you will know whether your donation meets the requirements before you carry it to the convention. If you have any questions, please email GalaCon at [email protected].

About Bronies for Good

The show has taught us that a pony’s compassion is wide – it transcends country borders and races, and Fluttershy’s compassion has room for all species of critters, whether bear, squirrel, or chicken. We of Bronies for Good implement this message in the real world, where we run fundraising campaigns and rely on comparative research – such as that of GiveWell and Animal Charity Evaluators – to always find and support the best charities in the world.

About the Animal Equality

When animals are abused or suffer, Animal Equality is there to defend them. The international organization has offices in the United States, United Kingdom, Germany, Italy, Spain, Mexico, Venezuela, and India, from which it conducts investigations to bring to light cases of animal abuse and educate the public about them. Animal Charity Evaluators estimates that it saves multiple animals for every dollar donated and recommends it as one of the best animal charities in the world.

How does the Auction work?

The Silent Auction runs from Saturday until Sunday at around 01:00 PM. A bunch of items is presented at the gallery, every single one of them marked with numbers. On bidding lists you can place your bid on this list.

After the end of the Silent Auction, some of the items – according to their value – are given into the two live auctions. All other items are sold to the highest bidder according to the bidding list (there will be a special announcement on Sunday afternoon with more details and instructions).

Different from last year, you will now need a bidder card to participate. This makes the process easier, allows us to identify the bidders better and makes it possible to hand out the sold items faster.

The concept of the both live auctions is simple – items are presented on stage and you have the chance to place a bid by raising your hand. The item is sold at the highest bid.

Make sure you do not miss the live auctions, even when you are not convinced by the items at the gallery. There are much more special and yet secret items that will neither be presented in the gallery nor in the catalogue!

If you have further questions, please contact [email protected].